In this instance EXO was present to install a T43 terminal designed according to the requirements of the National Parks Administration of our country.

This device is characterized by having two 43-inch touchscreen screens, curved structure and side graphics typical of the park's fauna. With a robust design and a predominant brown color, it is inspired by the ancient forests of Alerces that characterize this park declared World Heritage Site.

Los Alerces National Park is located in the west of the province of Chubut. It has an area of 259,570 hectares belonging to the ecoregion of Patagonian Forests.

Decree Nº 105.433 of 1937 established the status of reserves for the subsequent creation of National Parks for different territories in Andean Patagonia. One of these territories was the Reserva de los Alerces.

In April 1945, through Decree Law Nº 9504, ratified by Law Nº 13.895, several reserves were declared National Park and among them, Los Alerces Reserve, which from that moment on, assumed the category of National Park. 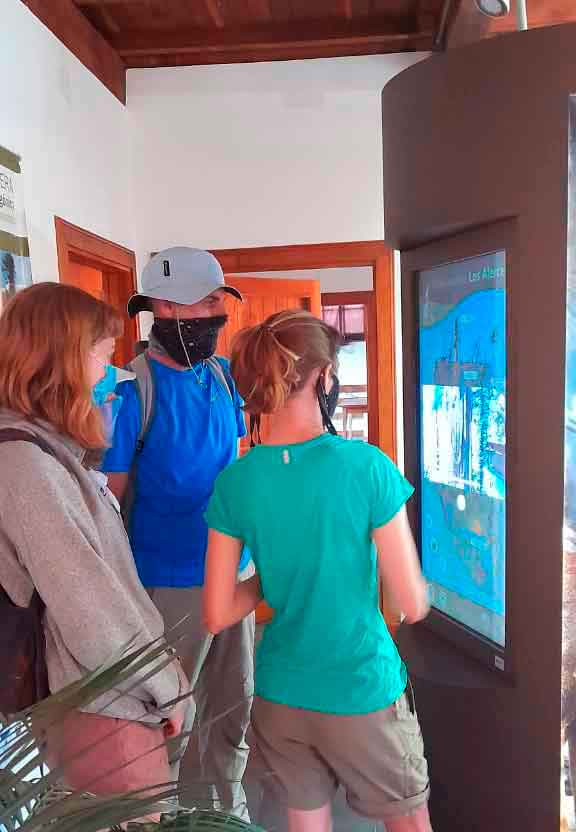